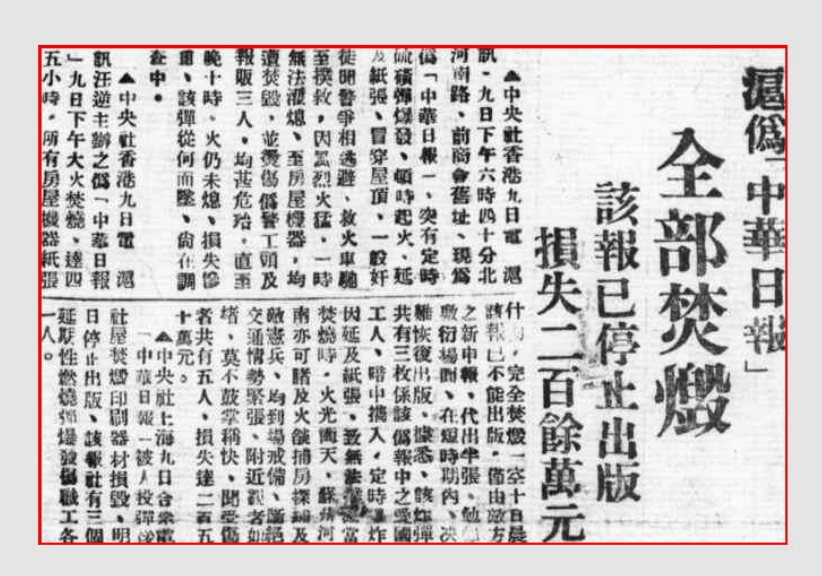 This August 11th, 1940 article in Zhongyang Ribao reported the bombing of Zhonghua Ribao’s office.Freedom is never easily attained. When opposing views not only met with fierce verbal opposition, they also led to open conflict. Newspapers sponsored by the Wang Jingwei regime did not escape this fate; how to defend this freedom became essential. Since Wang began negotiating peace with the … END_OF_DOCUMENT_TOKEN_TO_BE_REPLACED