On July 1, 1997 when Hong Kong was handed over to China, the Hong Kong flag1 , featuring 洋紫荊, Bauhinia blakeana2 in the design flew for the first time.

Ho Mang Hang was working as the laboratory superintendent3 in the botany department at Hong Kong University in Pokfulam when Bauhinia blakeana was designated the city’s emblem in 1965. The plant was first discovered in Pokfulam more than a hundred years ago.

Ho Mang Hang, who cofounded the Wang Jingwei Irrevocable Trust with his wife, was the force behind the series Wang Jingwei & Modern China. He was also an accomplished botanical artist whose watercolors combine the Western tradition of keen observation and attention to detail with Chinese Lingnan School romanticism, lyricism and symbolism. For the main subject of his paintings, Ho chose the plants of Hong Kong, which he created using his years of training in botany. Ho created two paintings of the Bauhinia blakeana, as shown below. 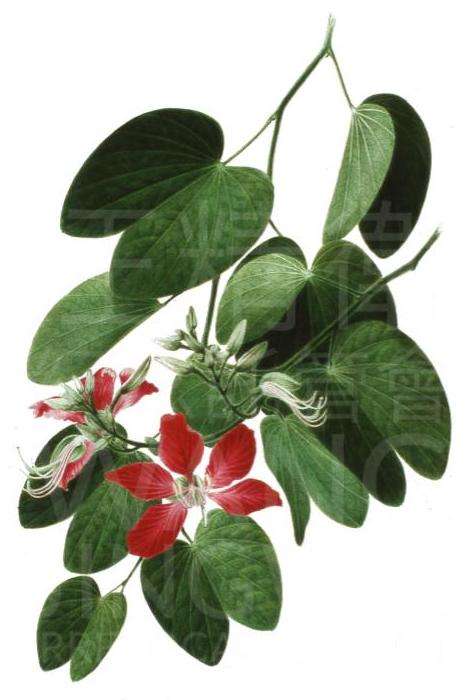 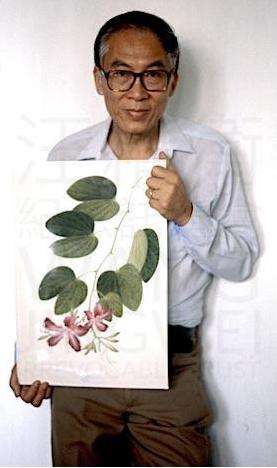 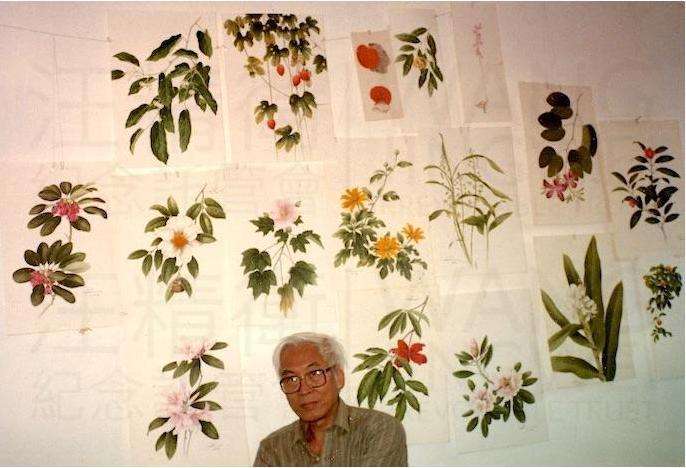 Ho Mang Hang photographed in Hong Kong at an exhibition of his paintings. 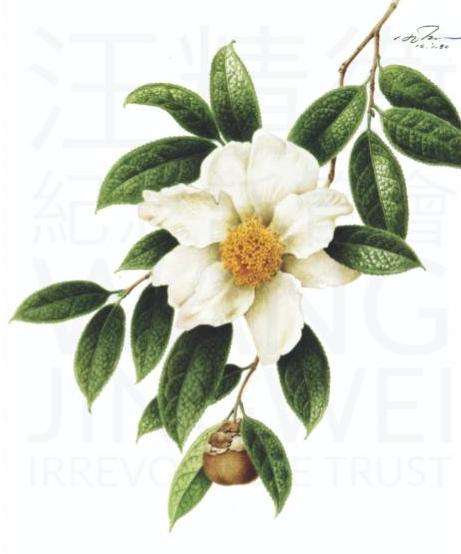 Ho also painted 葛量洪茶, Cameilia Granthamiana, named after then Governor Sir Alexander Grantham. For many years, a single tree on top of Hong Kong’s highest peak Tai Mo Shan was the only place this camellia could be found.

Year after year, Ho Mang Hang would climb the peak to photograph the beautiful flower which he later memorialized in several paintings, one of which featured here also appears on p. 235 in Cloud, Smoke, Scattered Memories, the Memoir of Mang Hang. With equal precision, detail and emotion, Ho also captured his memories of Hong Kong in several chapters of his memoir.

Born in Guangzhou, Ho Mang Hang (1916-2015) had lived in diverse parts of China since childhood, attending school in Peking (Beijing), Guangzhou, Chengdu. He also traveled frequently with the Wang Jingwei family from Hanoi, Nanjing, Wuhan, Shanghai, Nagoya, etc. But it was Hong Kong he called home since March 1948, when he left China after being imprisoned for his relationship with Wang, his father-in-law.

2Bauhinia blakeana should not be confused with 紫荆, Cercis chinensis or the Chinese redbud, which is native to the Chinese mainland. The “Hong Kong Flower” was named after the city’s former British governor Sir Henry Blake.

3Ho Mang Hang also published a series of botanical books in English and Chinese on the plants of Hong Kong.