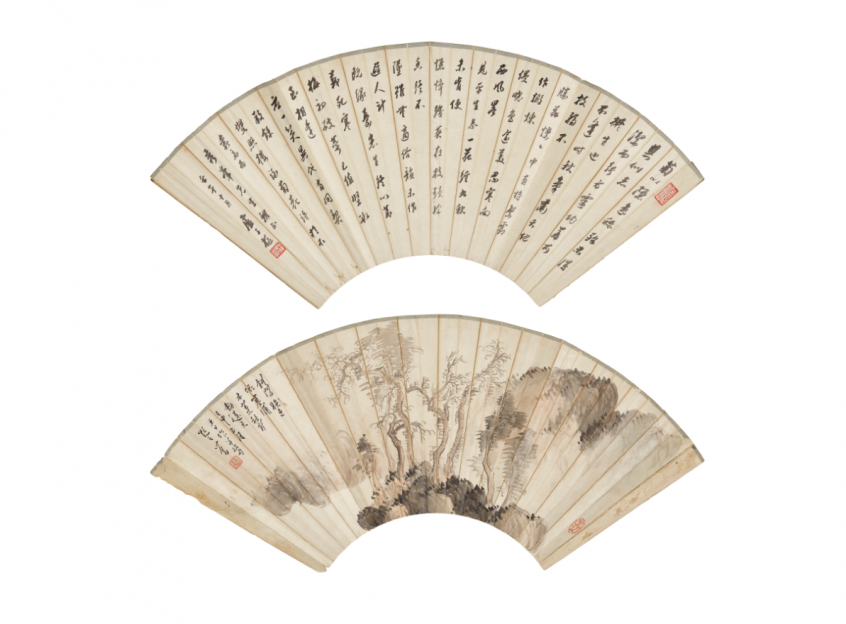 Wang Jingwei’s poetry was often used as inscriptions in the creation of folding fans, which were carriers of painting and calligraphy. Folding fans were gifts of friendship and affection among the literati.

Another example is the fan Lu Zhishu and Pu Ru fan created in 1942 which was presented to 何秀峰 He Xiufeng (1898-1970), Mang Hang’s father, a seal carver and art collector, as seen in the photo above. 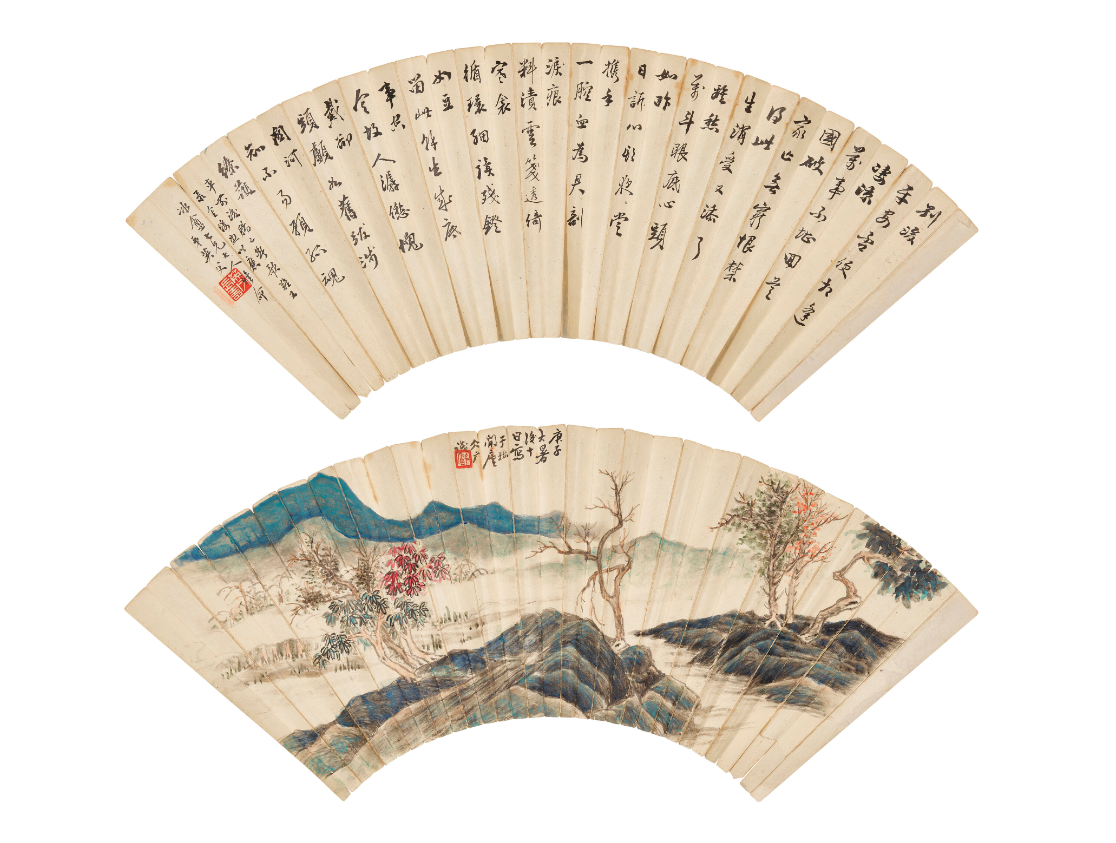 Wang Jingwei’s poem was inscribed by 何英父 He Xingfu on folding fan painted by He Xiufeng. 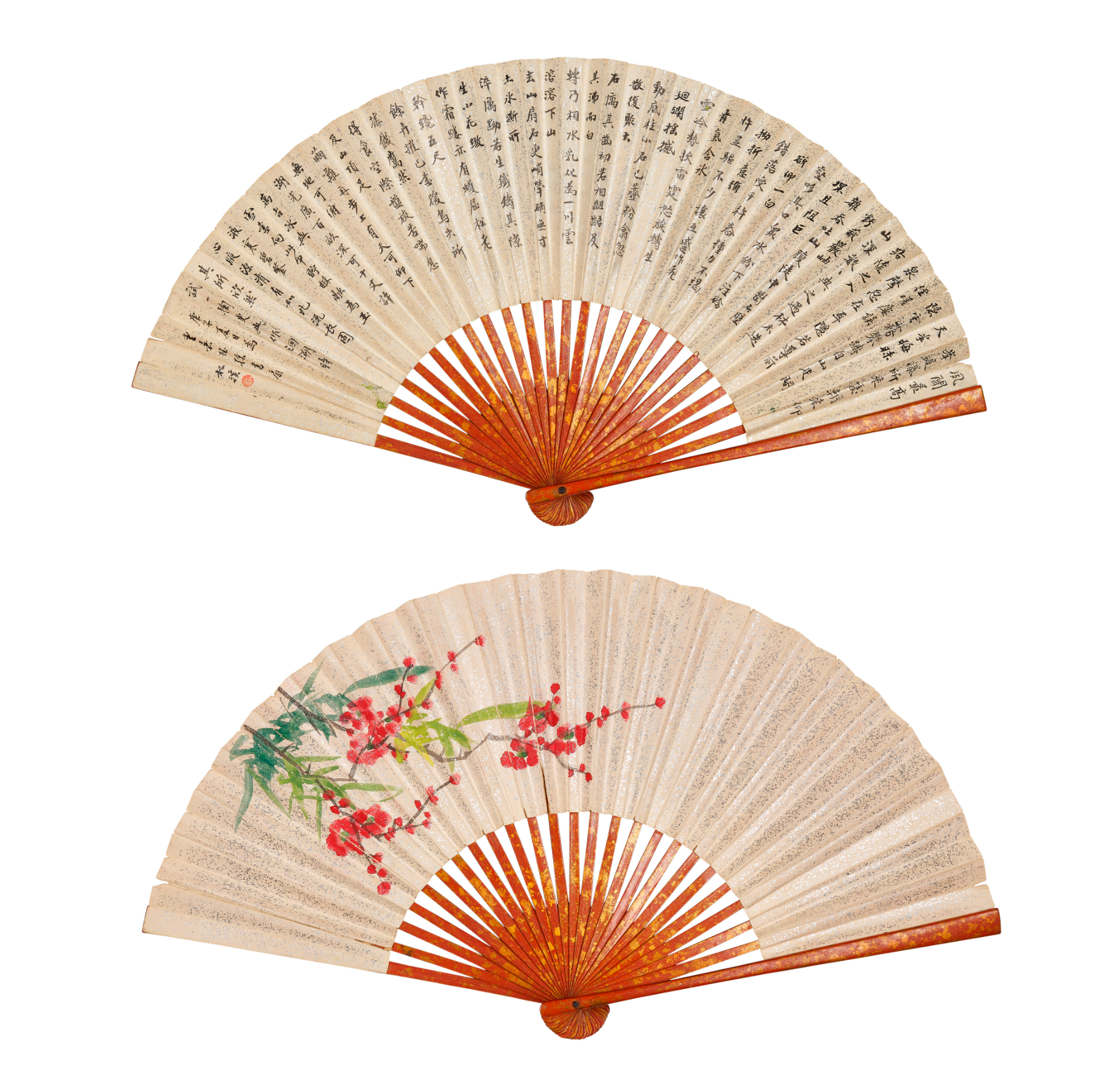