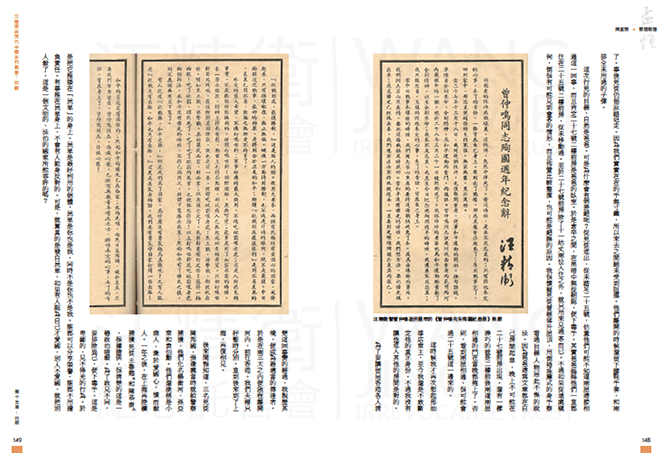 Much has been written about the assassination that took place in March 1939 in Hanoi. Most recently, Ho Mang Hang's eye-witness account, and Wang Jingwei's own writing was been published for the first time in Wang Jingwei & Modern China. Aside from clarifying details about the incident, these recollections provide clues as to how the event affected Wang Jingwei.

On December 18, 1938, Wang Jingwei left Chongqing for Hanoi with his family and a handful of associates to promote his Peace Movement. In the middle of February 1939, Chiang Kai-shek sent Gu Zhengding (a member of the Central Committee) to Hanoi, with a passport and money, urging Wang to travel to Europe and give up negotiating peace with the Japanese.
Wang told Gu that if his proposal for a peaceful resolution was accepted by the Party, he would be willing to go to Europe. If direct negotiations with Japan and international mediation proceeded at the same time, he would be willing to assist from the sidelines, in exile. But if the Party did not make a decision and the situation was allowed to drag on, Wang would return to China immediately.

On March 20, 1939 the attempted assassination of Wang Jingwei took place (for details read Cloud, Smoke, Scattered Memories, the  Memoir of Ho Mang Hang, Chapter XV). The target of the assassination was clearly Wang. But the assassin mistook the room of Zeng Zhongming and his wife Fang Junbi for the room of Wang Jingwei and Chen Bijun. Zeng and Fang were shot; and Zeng died from his wounds in the afternoon of March 21.

On March 27, the heartbroken Wang Jingwei published an essay, “One Example,” (the full text was translated by T'ang Leang-li, please see p. 67 in “The People’s Tribune: A fortnightly review of China and the Far East”, Shanghai: China United Press, 1939) which included the following:

Firstly, if I had not left Chungking, I could not have sent out my telegram of December 29, 1938. It pained me greatly at that very critical moment to leave the Capital. Even much more painful was it for me to leave the country. Still, I left the country to show that, if my proposals were accepted, personal considerations did not enter the matter.Wang Jingwei

On March 25, Wang wrote in a letter to Zeng’s widow Fang Junbi, who was severely injured in Hanoi (see Wang Jingwei: His Life, Ideas and Beliefs, p.413):

No matter how angry and heartbroken we may feel, let us not allow emotions to disturb the strategy to save the nation.Wang Jingwei

Ho Mang Hang considered this statement as an argument against the notion that Wang Jingwei's decision to set up a new government as an emotional response to Zeng's death. At the anniversary of Zeng's death, Wang Jingwei wrote in a memorial publication that, in devastating sorrow over the loss of his close companion, he could only shoulder all their remaining responsibilities. (Cloud, Smoke, Scattered Memories, the  Memoir of Ho Mang Hang, pp. 148-149).

On March 23, 1943 Wang gave a speech at the Zhongshan Mausoleum and planted a tree at the Mingsong School, which he had set up to commemorate the deaths of Zeng Zhongming and Shen Song, his nephew who was assassinated in the same year, in August. He also composed a poem (Wang Jingwei Poetry - Newly Edited, p. 98) in their honor. His essay about Zeng and their deep friendship is published for the first time in Wang Jingwei: His Life, Ideas and Beliefs, pp. 524-525.