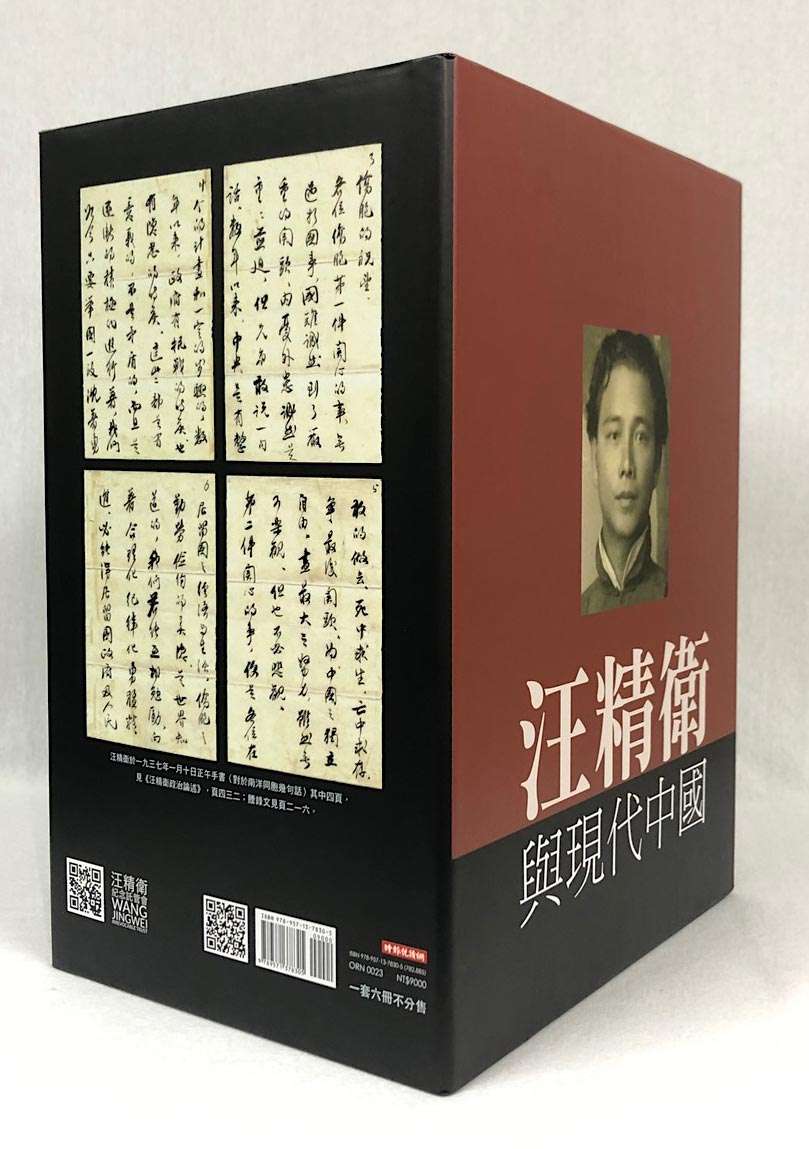 “Words to Overseas Chinese” showcased on the slipcase for Wang Jingwei & Modern China the series.

Overseas Chinese played a critical role in the 1911 Xinhai Revolution that successfully overthrew the Qing dynasty. And Wang Jingwei’s superior writing and oratorial skills were instrumental in spreading word of the Revolution among the overseas Chinese.

From 1907 to 1910, Wang Jingwei and Sun Yat-sen traveled extensively in Nanyang — the region south of China, around the South China Sea — advocating for the Revolution. They received enormous support and successfully established more than one hundred local Tongmenghui party branches. These efforts encouraged many overseas Chinese to return to their homeland and participate in revolutionary activities. Local schools and newspaper offices were mobilized to promote the Revolution, and party membership grew even more. Read Wang Jingwei: His Life, Ideas and Beliefs, pp. 6-24.

During his return to China from Europe, where Wang was recovering from gun shot wounds resulting from an attempt on his life on November 1 1935, Wang wrote the nine-page “Words to Overseas Chinese” to  offer encouragement to overseas Chinese during critical times brought on by the Xian Incident (December, 1936), calling them not to lose heart, and to work together for the future of China.

For the sake of China's independence and freedom, we must work as hard as we can. Although we cannot be optimistic, we do not need to be pessimistic.Wang Jingwei, “Words to Overseas Chinese”

The complete text can be found in Wang Jingwei’s Political Discourse: Selected Essays and Speeches, on page 216. Full scans of the original handwritten manuscript below can also be seen in the book’s Appendix, on page 432.

Many similar discoveries can be found by analyzing the original manuscripts and materials in the Wang Jingwei & Modern China series.